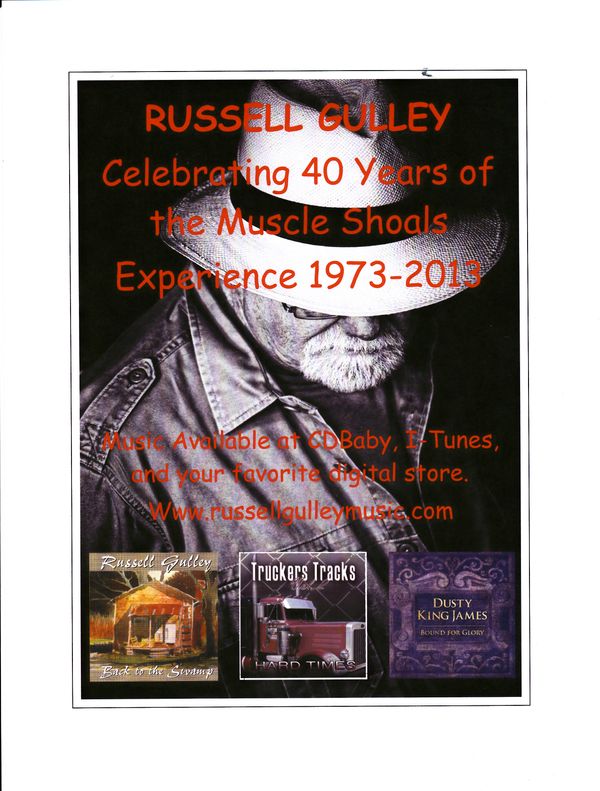 Russell Gulley Bio With the release of his CD, "Back to the Swamp" in 2004, Muscle Shoals music veteran, Russell Gulley re-vitalized his recording career after over two decades of silence. His last commercial recording had been released in 1980 with the MSS/Capitol recording act,Jackson Highway, a southern rock group nurtured by Jimmy Johnson and David Hood of the Muscle Shoals Sound Recording Studios, the home of the Swampers, the group immortalized by Lynyrd Skynyrd in the southern classic, "Sweet Home Alabama". Russell’s return to recording focused on the roots of the music that first influenced him, a mix of Americana that blends blues, soul, gospel, country, and rock and roll.Gulley is now back at Johnny Neel’s Straight Up Sound in Nashville recording his second solo CD, yet to be titled, but one that continues his journey into the “acoustic swamp” of blues, rock, and Americana. His brother and co-founder of Jackson Highway, Dennis is back in the producer’s chair and is joined by guitarist Chris Anderson of the Outlaws on resonator, Johnny Neel on harp, and rounding things out, Russell’s stage partner, guitarist Doug “Blind Willie” Jones. Russell continues to perform around the South appearing at festivals such as the Riverbend Festival in Chattanooga, the Eutaw Black Belt Folk Roots Festival, and venues that support roots, traditional, and original music. He also serves as a DANA trained teaching artist in residence for the Fort Payne City School System in his home town, and travels to schools around the state of Alabama presenting his arts-in-education program, Intro: Folk Music, Blues, and Tradition. During his hiatus from recording, Russell continued to be involved in his first love of songwriting and has had several "cuts" of his songs by artists such as Johnny Neel, former Allman Brothers band member, The Beat Daddys, a Malaco/Waldoxy recording group, and Carl Weathersby, the heir apparent to blues legend, Albert King. Gulley originals, such as his current single, “No Holds Barred” will make up most of the tracks on the new CD. "I'm striving to contribute to the Muscle Shoals tradition," said Russell in a recent interview, "a tradition of song writing that is non-pretentious, a tradition that truly has given Muscle Shoals its soul". For more information be sure to check out Russell's website, www.russellgulleymusic.com, go to Dick Wooley’s King Mojo Records at www.kingmojo.com and catch him live, up close and personal, to take a musical trip "Back to the Swamp". 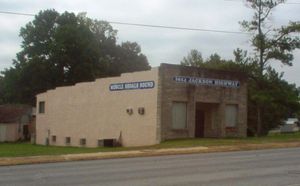 The announcement has just been made official, The Muscle Shoals Music Foundation has just purchased, the 3614 Jackson Highway, Muscle Shoals Sound Recording Studio in Sheffield. Plans are to restore the building (that is on the National Register of Historic Places) and preserve it. This studio is where I and my band "Jackson Highway" (named by Jimmy Johnson after the address of the studio) got our start in the recording business, eventually signing a recording contract with Capitol Records, produced by Jimmy Johnson and David Hood. I'm so pleased to see this preservation taking place.